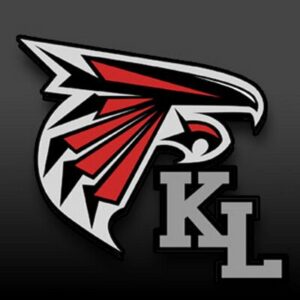 I am so humbled and honored to be welcomed to Kentlake as Head Football Coach (2022).  As a Nebraska native and Husker fan, my passion for football started early and carried me through my playing days at Truman State University (MO).  My coaching career began at my college alma mater before joining the high school ranks as a Coordinator for seven years at Kirksville High School (MO) and Covenant Day School (Charlotte, NC).

I am even more excited to introduce my wife Laura and year-old son Leo.  I convinced her to marry me nearly four years ago when we met in Missouri working together.  She has spent the last three years teaching middle school and Leo has spent the last year eating and stealing hearts with steel-blue eyes.  We can’t wait to move out to Kent and climb every mountain–literal or figurative.

From the Kent community, graduated from Kentwood HS. Currently working as a College and Career Specialist at Kentwood HS.

Played both Offensive and Defensive Line throughout high school. Received a scholarship from Pima CC as a lineman before transferring to Adams State University in Colorado as a defensive lineman. Receiving league mentions withing the RMAC conference. Earned my bachelor’s degree in Interdisciplinary Studies from Adams State, with a focus on business and HPPE.

Blessed to coach high school football for the past 6 years. Joined Kentlake in 2019 as a Defensive Coordinator. When I joined this team I found a strong bond, sense of community and my home. I will continue to work to develop men of character which will allow our student athletes to soar to new heights, preparing these young men for life after high school, the passion for football is something we all share and can help us achieve that goal.

Occasionally when things are not going your way, take a break and dance.

I am a Foodie, love to cook. Traveling the US with my wife. Camping with the family. Working with the youth of our community thru Rise Academy.

I started my college education at Lewis & Clark State College in Lewiston, ID where I spent two years playing Baseball (’87-’89). From there I transferred to the University of Idaho where I played football (’89-’91). Go Vandals!

A longtime teacher at Kentlake HS. I enjoy reading, movies, comic books, and tabletop gaming. You might find me announcing a few wrestling matches at Kentlake, with occasional guest appearances from Machoman.

Graduation from Central Western University with a degree in English Education.  I spent my football years as an offensive and defensive lineman.

Started coaching in 2000, I have coached football at Auburn HS, CWU, and Kentlake. With the Kentlake Football program I spent several years as the Defensive Tackles Coach, and in 2020 started at the Offensive Line Coach. I am the Co-Head Coach for the Kentlake HS Track Team and the Throws Coach.

Born in Seattle, but Covington is my hometown, been here since 3rd grade, raised by my Mother and Grandmother, Lynnese and Barbara. I am one of six kids. Graduated from Kentwood HS in 2011. All my life, if it wasn’t family or football, you can usually catch me on the video game. A nice little get away form and another way to keep my competitive edge. If you are on Xbox as for the gamer tag.

I played football all four years at Kentwood, nose guard, defensive end, and offensive lineman, receiving both 1st team and honorable mention awards. After High School I went to Pima CC in Tucson, AZ where I played linebacker for two years. One year following I played for Bellevue.

I have been blessed to start my coaching career as a Kentlake Falcon in 2017, various roles such Wide Receivers, Safeties, and Linebackers.

Passionate about health and giving back to our community. I started coaching football in 2014 and became a Speed and Agility Trainer in 2018. My goal is to help our community youth become the greatest versions of themselves by teaching them life skills through football.

Originally from Cliffwood, New Jersey, but a longtime Washington resident, currenting residing in Tacoma, WA. I am happily engaged to my fiancé, a father of five wonderful children, and owner of two dogs. I love to spend time with my fiancé, children, and dogs as much as possible. I like attending sporting events (e.g., amateur, professional), dining out and playing Xbox.

I attended Matawan Regional High School, Matawan, NJ where I was actively involved in community interests, as well as being a 2-year starter on the football team and a 3- year starter in basketball (1,000pt club). My academic and athletic abilities earned me a football scholarship to Georgia Institute of Technology, where as a member of the Georgia Tech football team I played defense back and special teams and helped the Yellow Jackets win the 1990 National Championship with 11-0-1 record. In 2000 I became a coach/player in the NWFL in Seattle where I earned Co-defensive player of the year.  When the team became the Eastside Hawks, as linebacker, I helped the team win the NAFL national championship posting a 17-0 record. In 2018 I was inducted into the Matawan Regional High School (MRHS) Hall of Fame and in 2019 I was inducted into the Matawan Regional High School (MRHS) Football Hall of Fame (2019).

My coaching experience includes 15 years as a football coach in Washington State from 2007-2022, serving as an assistant High school football coach since 2018. I have trained both boys and girls at the arena, high school, and middle school levels. My goal as a coach is to be a positive influence (e.g., academically, athletically) and help install core values and principles (e.g., accountability, confidence, teamwork) that players can carry with them on and off the field. Being a great coach is about the impact you have in the game and most importantly the impact you have on the lives of your players, not the number of wins and losses accumulated. Started my Kentlake Falcon journey as the Wide Receivers Coach in 2022.